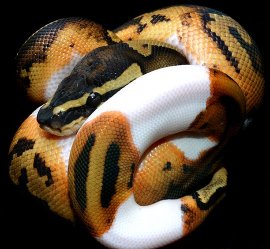 A piebald ball python - one of the more popular morphs, unsurprisingly.

Now that Freak Week is over, it's time for a few creatures that almost, but did not quite, make the cut. There is a fine line between breeds and captive-bred morphs. Captive-bred morphs are the ball python's (Python regius) specialty, but as of right now, snakes do not have any official breeds.

(Actually, it's just a REALLY nice coral glow...maybe with some pastel in there.)
Ball pythons are native to Africa, with most of the specimens in captivity coming from Ghana.

They are quite popular in the exotic pet trade worldwide. They are small, docile, and exotic-looking constrictors that can be easily handled by a beginner, although corn snakes give balls a run for their money.

Be careful where you get your ball python if you choose to do so. Villagers in Ghana are paid for collecting eggs from, then releasing, female ball pythons. 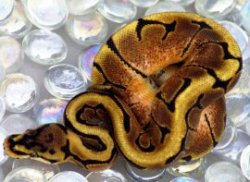 Most chain pet stores, in the true spirit of 'mart' and 'co.', get their ball pythons from Ghana, which leads to a host of problems with the snakes. One is far better off giving a breeder's 'reject' a new home; normal males are cheap enough to be sold in bulk by breeders.

Ball pythons have so many interesting variations that they could ALMOST have a week to themselves. 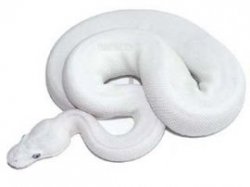 There are so many traits (dominant, co-dominant, recessive...you name it!) and combos that breeders try whatever they can to make the new "it" ball python. Thus far, I am placing my bets on NERD; not only did they 'invent' the spider ball python, but some of the other morphs they have are simply eye-popping. If I ever needed a reason to go to the East Coast, NERD provided it. 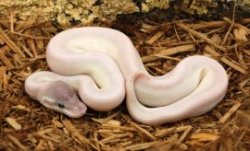 The catch? Snakes are practically living art. It shows in their prices; a nice, clear blue-eyed leucistic ball python can run upwards of 1000 USD. Other morphs can soar higher, especially in combination.