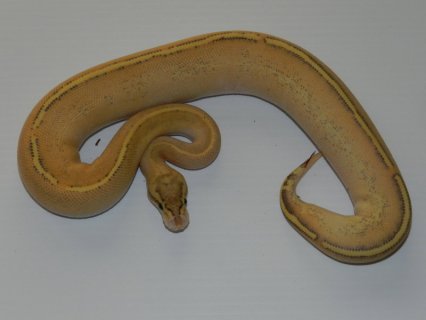 A few articles ago, we looked at the veiled chameleon as a potential starter reptile for pet stores looking to expand into the increasingly expansive reptile market. This time around, let’s examine another easy-to-care-for reptile that can do wonders for any store, the Ball Python.

Historically, the Ball Python has always been prized, particularly in Egypt and other regions of its native Africa. Ball pythons are occasionally referred to as “royal” pythons due to the rumor that Cleopatra herself would wear a Ball Python as if it were jewelry. In fact, the Igbo people of modern-day Nigeria revered the Ball Python as being symbolic of the earth itself, due to its proximity to the ground. If a Ball Python is accidentally killed, the Igbo will even hold a short funeral for the snake, paying their respects to the fallen animal.

Traditionally, the Ball Python is a relaxed, passive animal. The “ball” portion of the python’s name comes from its coiled shape, as the snake often prefers to ball up. Its relative timidity makes them particularly enjoyable as pets, as they are much easier to handle than more aggressive species. The passivity makes Ball Pythons ideal for children interested in reptiles or even as class pets within a science classroom. Oftentimes, the animal will grow up right alongside their owner, since most Ball Pythons can live over 20 years if properly cared for.

Today, the Ball Python may be one of the hottest specimens in the reptile world. With the advent of captive breeding, the price of specialty Ball Pythons has come down significantly in recent years while the number of individual color patterns and morphs has skyrocketed.

The sheer number of morphs and colorations within Ball Pythons, currently over 2, 500 and counting, makes them ideal as a ‘collector’ animal for reptile enthusiasts searching for unique patterns and colors. Depending on whom you ask, the Ball Python is right up there with the humble corn snake in terms of overall sales numbers.

Currently, one of the most popular morphs available in pet stores is the “albino” morph, which has a white and yellow body and pink to red eyes. This pattern is certainly eye catching and has become much more price-accessible due to efforts in captive breeding.

However, a canny retailer can utilize the rarity of various morphs to hook python collectors and to provide variety for would-be buyers. While not typically suitable for an average pet store, pythons such as the Black Eyed Leucistic or the Albino Piebald can fetch upwards of $20, 000 on the open market with their striking coloration, or, in the case of the Leucistic, its lack thereof. But, temper your expectations, as these animals generally appeal only to serious breeders and collectors, due to the price tag associated with their rarity.

The Ball Python’s popularity truly comes with little mystery. The generally low prices of normal or generic Ball Pythons provide an ideal entry level, especially when coupled with their manageable size, 3 to 5 feet in length, and their numerous appealing color patterns.