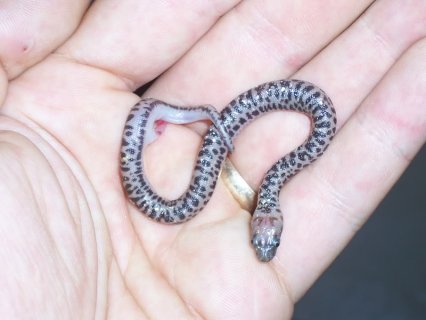 Two years ago, researchers determined that as the python population climbed in the park, the number of small mammals declined. But they couldn’t prove for sure that one caused the other.

A study published this week makes a stronger case for the connection, based on the fates of 26 rabbits fitted with tracking devices and let loose in the park in September 2012. The rabbits, which are native to the park but have nearly vanished in the last decade, did well. They settled in, started breeding like bunnies and seemed to thrive, said University of Florida biologist Robert McCleery, one of the study’s authors.

Then, as temperatures climbed, the rabbits started to disappear. Where? Inside pythons.

Stoked by the hot weather, pythons started gobbling up rabbits faster than scientists expected — and even faster than the rabbits could reproduce.

While McCleery is careful not to say the results indicate pythons are behind all other small-animal declines in the park, “We’d like to think we’re setting the stage to make it clear that this is a problem.”

Biologists chose the rabbits as a proxy for all small mammals because they are generally resilient to predators, he said. Pythons also don’t restrict their diets, so the rate of rabbit consumption could reflect other mammals.

After the 2012 findings, the debate over the snakes’ impact on the park heated up. Some scientists worried the findings were too indirect and suggested one of the many other threats to the imperiled ecosystem, like changing water levels, could be driving away small animals.