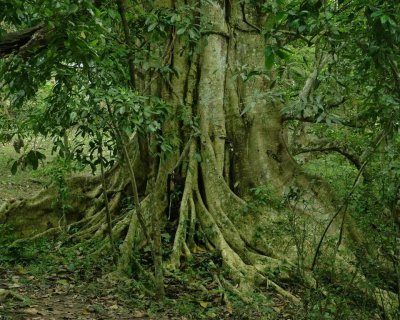 Underneath the Big Green Tree by Stan Ridgway Songfacts

This song about finding a place of comfort took on new meaning for Ridgway when he recorded his 2010 album Neon Mirage. Ridgway's father died at the end of 2009, and he had to work through his emotions while writing songs for the album. He re-recorded "Underneath the Big Green Tree" for Neon Mirage with fiddle player Amy Farris, who killed herself before the sessions were finished. In our interview with Stan Ridgway, he explained: "We also cut 'Big Green Tree' on the Neon Mirage record because that was a favorite of Amy's and she insisted we cut that. I cut the song before on a previous solo record, Black Diamond, more than a decade ago. But she really wanted to play that. And it turned into a different song, it was in a different key. Never really had that happen that way before. It was pretty abrupt and it was pretty brutal. But I'm really happy, I'm grateful we were able to put these songs together and people can hear them and they can hear how great she was." (Check out our interview with Stan Ridgway.)
Source: www.songfacts.com