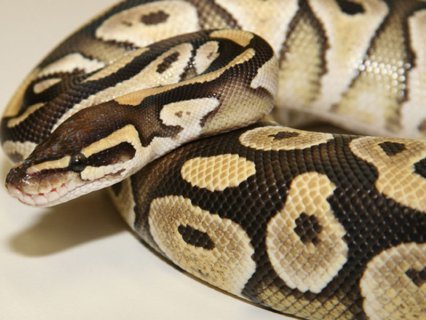 Loved, revered and feared, the snake is an awesome creature. Here are a few interesting facts about these slender slithering reptiles.

1. Snakes are more closely related to lizards than to other reptiles, and probably evolved from a single group of lizards. Curiously, they probably did not evolve from the group of legless lizards.

2. In ancient Greece, the sick and injured sought the aid of the god of healing and medicine, Asklepios. They took an offering to the temple and waited for the god to come to them in their dreams, or to send his sacred servants, the snakes. Ancient writings tell of the snakes healing with a touch of the tongue. The snake in question was the Aesculapian snake. The Romans chose to import this snake to their own temples, rather than to bring in Greek healers. The snake today forms part of the symbol of physicians and veterinarians (the snake is wrapped around Asklepios' staff), linking snakes to millennia of healing and medical practice.

4. Many snakes, such as vipers, boas and pythons have temperature-sensing organs on their heads. These heat pits are sensitive to changes in temperature of as little as 0.002 degrees Celsius, and effectively allow the snake to navigate and hunt in the dark.

6. Snakes turn “blue” before a shed. This opaque change to the skin is actually due to the presence of a lymph-like layer of fluid between the old and new skins, prior to the shed of the old skin.

7. Reports of the longest, heaviest and oldest reptiles abound. Many cannot be verified. A reticulated python, shot in Indonesia in 1912, was said to be 32 feet 9 1/2 inches in length. One Burmese python weighed in at over 400 pounds. Although seldom as long as the giant pythons, the green anaconda is a heavier snake. Sir Percy Fawcett is said to have killed an anaconda measuring 62 feet in 1907, in Brazil. Since the early part of the last century, the New York Zoological Society has offered a reward of $50, 000 for the capture of a live snake greater than 30 feet in length. The oldest recorded snake is a boa constrictor named Popeye, who died in 1977 at the age of 40 years, 3 months and 14 days.