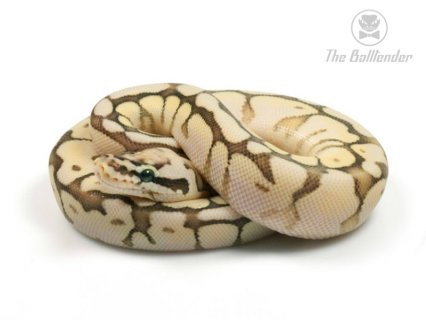 NERD began the same way that many reptile breeders did: a hobbyist maintaining a collection of animals that eventually paid for themselves, allowing that hobbyist to pursue a variety of species & expand his collection. In this case "that hobbyist" was Kevin McCurley, a herp enthusiast since early childhood. His breeding efforts initially focused on Pituophis and other large colubrids, and over the course of time the collection grew along with an interest in pythons, particularly those with which fewer keepers were working at the time namely retics (too big & psycho!) and ball pythons (it's JUST a ball python!). During the past ten years, that focus on retics and ball pythons has brought myriad color morphs and combinations to the NERD collection, many of which were first bred at our facility.

NERD grew in stages, first expanding to a 5, 000-square-foot breeding center, and later into our current 14, 000-square-foot shop whcih is home to both our breeding facility and retail pet store, located in the heart of New England. While ball & reticulated python morphs remain a primary focus, the NERD collection also boasts a fine selection of monitors, green tree pythons, boa constrictors, rock iguanas, and "Wally" - the friendly resident 8' alligator who stands guard in the basement.

For the past decade, the name NERD has become synonymous with quality animals & expert care. We know there are a lot of choices in the herp industry today, and strive to provide our customers with nothing but the best in both captive-bred and select, established imports for the discriminating keeper. We currently maintain a full-time staff of animal care specialists assigned to specific areas in the collection which best suit their herpetocultural skills, thus neither keepers nor resources are spread too thin when it comes to ensuring that each animal receives all the care it deserves, from the normal ball pythons in the baby rooms to the calico Retics and albino water monitors in their walk-in enclosures.

One of our goals is public education to promotes awareness and conservation of habitat and various species. We also do educational lectures within our immediate area to schools, scout groups, churches, and universities. As mankind continues to move forward under the myth that the earth is forever renewable, unknown plant and animal species are lost before they are ever even discovered, taking a planetary toll on ALL species, including humans. Education and up-close-and-personal encounters are the biggest icebreakers in changing people's perspective on the natural world. NERD's educational lectures and animal encounters have allowed many to come face-to-face with animals they might otherwise not have the opportunity to see in person.