What do Burmese Pythons eat?

Everglades populations are being eaten by Burmese pythons 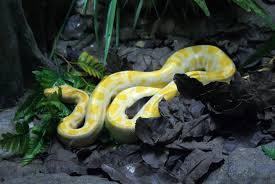 According to biologists and researchers, Burmese pythons are now invading the Everglades National Park as they continuously eat marsh rabbits at a very fast rate.

However, a new study based on the fate of 26 rabbits proved that they were being eaten by the large Burmese pythons. The 26 rabbits were fitted with tracking devices and were set loose in the park to be observed and monitored.

According to University of Florida biologist Robert McCleery, the rabbits were good survivors and they breed fast. However, as the weather becomes hotter, the number of rabbits in the park started to decline again.

According to McCleery, “None of us would have predicted that 77 percent of the rabbits would be eaten by pythons.”

“We’d like to think we’re setting the stage to make it clear that this is a problem.”

According to McCleery, they are not saying that pythons are the reason for the declining number of other mammals in the Everglades.

The result of the said study was released in 2012 and it sparked debates whether there are other things to consider to address the problem. Some experts added that maybe the changing water levels in the park also drives the mammals away.

“We saw a 90 to 95 percent decline in raccoons and possums, ” said United States Geological Survey biologist Brian Falk. “That made people think, uh-oh, pythons are eating their way through the park.”

Burmese Python at the Henry Doorly Zoo in Omaha