8 Most Expensive Pets In The World: Do Albino Pythons Cost More Than Savannah Cats?

Humans love animals, and whether we’re keeping dogs and cats or looking for new animals to domesticate some people are willing to spend more money than most of us will ever see on their furry creatures. Take a look at some of the world’s most expensive animals see see what I mean!

They may be tiny, but Chinese Crested dogs are one of the most expensive breeds that money can buy. These largely hairless animals barely weigh more than 10 pounds, but they’re known for their soft skin and the little hair that they do have around their paws and faces. The world’s most famous Chinese Crested dog is Sam, who ironically (given the high demand for this lovely breed) won the World’s Ugliest Dog Competition from 2003-2005. 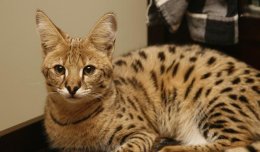 If black cats are bad luck, the bright spots and beautiful color of the Savannah Cat has to be a lucky charm. This breed is considered especially social and loyal compared to other breeds of cats. In fact, it’s breed is definitely the most special thing about this feline. Savannah Cats are a crossbreed between a domestic cat and the serval.

The combination of this cat’s loyalty, intelligence and it’s uncanny ability to be trained to do tricks often reminds people of a dog, but in stunning cat form.

It’s not a traditional practice to keep a pet monkey, but those who do spend a whole lotta money. The world’s most expensive monkey is the De Brazza’s, a species native to Central Africa. This beautiful Old World Monkey goes on the market for $10, 000. Even if you did have enough money to purchase one, most states won’t allow you to keep it in your house legally!

Speaking of animals with unique and beautiful features, the Lavender Albino Ball Python is famous (and expensive) for it’s yellow spots on a lavender backdrop. To complement its stunning natural color palate, it has piercing red eyes. 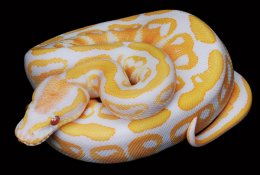 The python is native to Africa and while it’s still too expensive for you to afford, it no longer holds the title of most expensive pet in the world–though it did at one point. Part of the reason why this snake is so rare is due to the fact that its color mutation is a recessive genetic trait, making it an especially coveted collectors’ item.

Albino Ball Python Breeds Het And Some Other Hets.