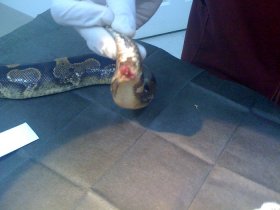 It is Ball Python Breeding season and unfortunately some males are more vigorous than others leading to issues like this one. This male Calico Ball Python was presented with a prolapsed hemipenis. Attempts by the owner to reduce it and save it have proved unsuccessful and it is now time for an amputation.

We sedated the snake using propofol IV and then using isoflurane for maintenance. 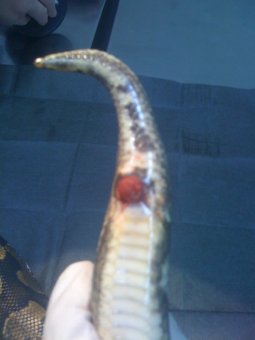 The area was scrubbed and cleaned in preparation for surgery like with every other surgery.

The snake recovered well from surgery and should be back to normal in no time. Fortunately its other hemipenis was in good shape so this snake will be a viable breeder next season without any issues. Both snake and Veterinarian were extremely happy after the surgery was done (as seen in the pic below). 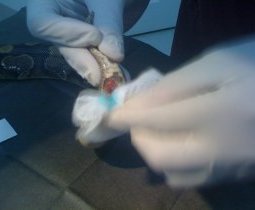 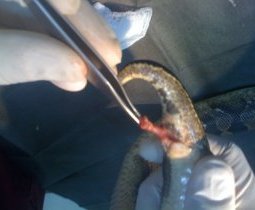 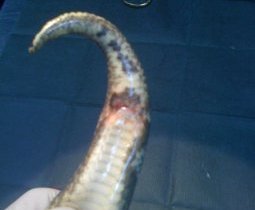 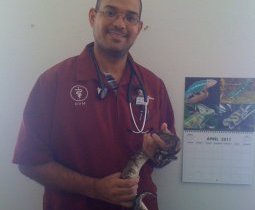 My pied and calico ball python