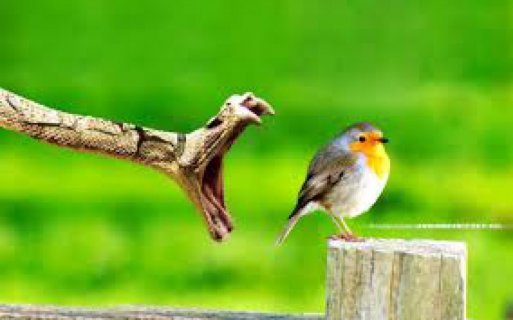 What Are the Different Types of Pythons? (with pictures)

The carpet python is one type of python that is often kept as a pet. Within the carpet species, there are several different types that come in varying colors. For example, the northern carpet python can be dark brown with tan spots, while the jungle carpet python can be black with golden yellow spots. This type of python can grow to lengths of five to 10 feet (about 1.5-3.0 m), depending on the type, and can climb trees. It eats small mammals, such as mice and rabbits, and may even eat chickens. It is native to Australia and New Guinea.

Another type of pythons is a green tree python. This snake can be found in Papua and Iran Jaya, New Guinea, and also on the Cape York Peninsula of Australia. It can grow up to six feet (about 1.8 m) and eats rodents and birds. It is usually born yellow, but upon maturation can change to green. Some types may also have blue spots or remain yellow.

The ball python, also called the royal python, is another snake that can be kept as a pet, providing it has proper export permits. It is a black snake that has brown, gold, or yellow markings. The snake can live up to 50 years in captivity, although it usually only lives between 20-30 years, and can grow to be five feet (about 1.5 m) in length. The ball python gets its name because of how it reacts when it becomes scared. When threatened, it curls into a ball.

The ball python has its origins in western and central Africa, where it can climb trees. Since it is a threatened species, exporters are required to have a permit to ship it out of its native land. The snake can eat many types of small rodents. In captivity, smaller snakes may eat mice. Larger snakes can eat rats several inches in length or even gerbils. When breeding in captivity, the snake can lay six or seven eggs.

A Burmese python is one of the larger pythons. It can grow to 23 feet (about 7 m) in length and weigh up to 200 pounds (about 90 kg). The female can lay up to 100 eggs at a time. Some of its prey includes small mammals and birds. Although it is docile, it has been known to attack its handlers. It is native to Southeast Asia, where it can swim and, during its younger years, live in trees.

1-6: The Importance of Types in Python Programs

A Computer Program and types of Errors (Python)
Related Posts