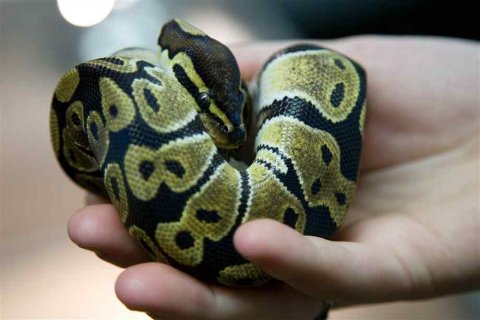 A work crew in South Delta happened upon a scene seemingly plucked from the script of an Indiana Jones movie Thursday.

More than 400 writhing and wriggling snakes were found underneath some rocks along a dyke in Boundary Bay.

The snakes, of the garter variety, were balled together in what’s called a hibernaculum in order to keep from freezing over the winter.

They were inspected closely before being put into large storage tubs and taken away by staff at Burnaby’s Wildlife Rescue Association.

“Just as if they were continuing hibernation, we’re going to keep them nice and cool, ” said spokeswoman Janelle VanderBeek.

Staff believe the snakes congregated after rocks were used to temporarily repair the dyke following a winter storm several years ago.