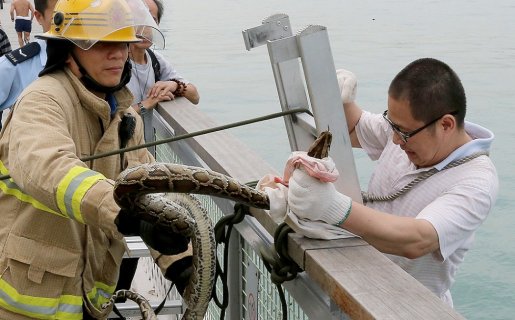 Are large constrictor snakes such as Burmese pythons able to kill people? What is the risk? Would this be in the wild too, or in backyards?

Human fatalities from non-venomous snakes are very rare, probably averaging one or two per year worldwide. All known constrictor-snake fatalities in the United States are from captive snakes; these are split between deaths of snake owners who were purposefully interacting with their pet and deaths of small children or infants in homes where a snake was kept captive as a pet. There have been no human deaths from wild-living Burmese pythons in Florida. Overall, the risk of attack is very low.

We cannot categorically rule out the possibility of a fatal attack. In suburban areas and parks in Florida that contain ponds, canals or other bodies of water where large snakes could feel at home, the situation is likely similar to that experienced with alligators: attacks are improbable but possible in any locality where the animals are present and people are also present. The simplest and most sure-fire way to reduce the risk of human fatalities is to avoid interacting with a large constrictor.