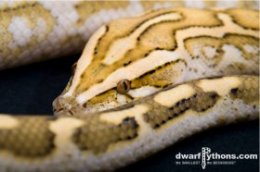 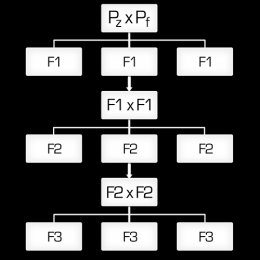 All offspring from this mating are considered first filial generation (F1) designated. In our case these are the so-called F1 Half Dwarf Burmese Pythons.

If two F1 Half Dwarfs are bred together, the outcome are F2 Half Dwarfs. A mating of two F2 brings F3 Half Dwarfs. Generally in such mating always the lowest number of generation is used to define the generation. The diagram below explains in detail the mating between different generations.

The currently existing color variants of half-dwarf Burmese Pythons are :