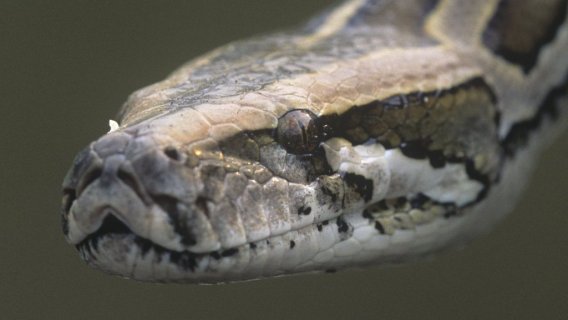 As climate change warms the nation, giant Burmese pythons could colonize one-third of the USA, from San Francisco across the Southwest, Texas and the South and up north along the Virginia coast, according to U.S. Geological Survey maps released Wednesday.

The pythons can be 20 feet long and 250 pounds. They are highly adaptable to new environments.

And this, from the last paragraph:

The Burmese python is not poisonous and not considered a danger to humans. Attacks on humans have involved pet owners who mishandle and misfeed the snakes