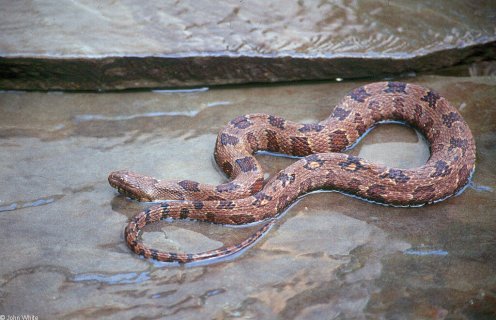 Burmese pythons have been threatening Florida's ecosystem for years, so the state is turning to the public for help in the form of a hunting contest to cull the population.

The Florida Fish and Wildlife Conservation Commission on Saturday launched the 2013 Python Challenge.

"We are hoping to gauge from the python challenge the effectiveness of using an incentive-based model as a tool to address this problem, " says Florida Wildlife Commission spokeswoman Carli Segelson.

Participants paid a $25 registration fee and completed an online training course. The training focuses on safety while hunting pythons.

"It's very difficult to find these animals and we don't really have a good strategy on how to contain this population, " said Linda Friar, spokeswoman for Everglades National Park. "This is a pilot to see if it will gain public interest in areas that you can hunt so that they would be able to remove and capture these snakes."

The Burmese python is native to Southeast Asia and was first found in the Everglades in 1979, according to researchers at the University of Florida.

These snakes were determined to be an established species in 2000. It is believed that the snakes were originally pets that found their way into Everglades National Park.

The Everglades, known as the river of grass, is a vast area with a climate perfect for the pythons to hide and thrive. And thrive they do: The largest Burmese python ever found in Florida - its 17 foot, 6-inch carcass weighed 164.5 pounds - was harvested in the Everglades in August. Researchers at the University of Florida found 87 eggs inside the snake.

Friar told CNN last year that it is believed "tens of thousands" of Burmese pythons live in the Everglades.

The snakes prey on native wildlife such as the endangered Key Largo wood rat and the endangered wood stork. The largest prey, Friar told CNN, was a 76-pound deer that was found in the stomach of a 16-foot python a few months ago.

Last January, the U.S. Fish and Wildlife Service instituted a ban on the importation of Burmese pythons - along with three other species of exotic snake - and their eggs.

The Python Challenge has laid out four specific areas where the snakes can be harvested, and the park is off-limits to the general public.