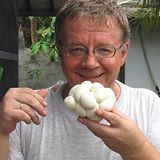 Vladimir Odinchenko is one of the most prominent and accomplished green tree python breeders in the world. The man behind Terraria Indonesia - Indonesian python breeding farm represented by the Bushmaster Reptiles, Inc in the US - shares his invaluable knowledge with us.

ViridisPython: Vladimir, let's start with some biographical facts. Where were you born? What sparked your interest in reptilians? How did you come to work at Terraria Indonesia?

Vladimir Odinchenko: I was born in Kyrgyzstan, Central Asia. As far back as I can remember, I've always been fond of animals. My love for reptilians developed gradually. At first, I would catch and bring home little skinks, which at that time were abundant in my hometown - Frunze. 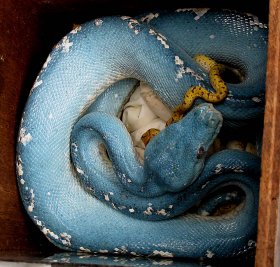 Later on, I would lay my hands on dice snakes, Dione rat snakes, and shchitomordniks (Gloydius halys). My first snake species, that I successfully bred in captivity, was Dione rat snake (Elaphe dione).

At one point I was very lucky to meet Vasilko Vasilyevich Ozarovsky, who happened to live in my town. Back then, Ozarovsky had quite an impressive collection, including Indian and African rock pythons, Cuban boas, several species of rat snakes, cobras and blunt-nosed vipers. I would spend my entire days helping him out with the snake chores. He was the first person in the USSR to start breeding snakes in captivity. In those years (70-s) he was successfully reproducing a number of species of rat snakes, blunt-nosed vipers (several generations in captivity!), and Cuban boas. It was Ozarovsky, whom I got my first skills of keeping reptiles in terrarium from. He died in 1985 from a bite of a Central Asian cobra. He was 85. 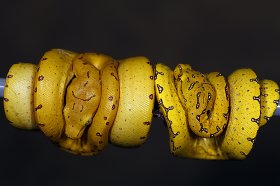 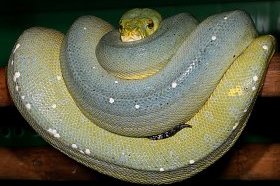 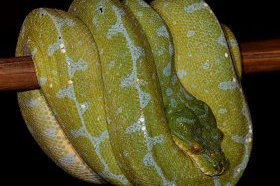 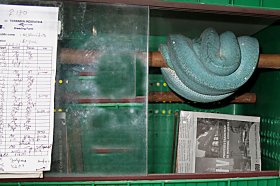